A Feedback Loop with Devastating Consequences

Much has been discussed about the increase in Amyloid deposition post SARS-CoV-2 infection. In fact, it has been proven that the Spike Protein of SARS-CoV-2 can induce Systemic Amyloidosis.

Also, it has been suggested that the Spike Protein also induces Autoimmunity due to the Molecular Mimicry it shares with human proteins.

But, what most laypeople and professionals do not realize is that Amyloids also serve protective functions – in particular against autoimmune attacks.

The prevailing idea casting insoluble amyloid fibrils as strictly harmful has dominated the scientific literature for many centuries. However, based on the pathogenetic activation of proinflammatory states, anti-inflammatory strategies do not obtain any clinically satisfactory results. Moreover, autoimmune diseases that occur accompany with clearance of amyloid. Such results, along with the presence of toxic oligomers in pathogenesis of amyloidosis, represent a paradigm shift in our understanding of amyloid. An unconventional, new view is emerging in which some amyloid-forming proteins have a potential for doing good—far more so than anyone suspected; furthermore, their benefit is not just limited to antioxidant defense or an antibacterial function but has also been shown to exhibit therapeutic effects on autoimmune disorders, according to the latest evidence. The protective function from localized and systematic autoimmune disorders should be distinguished as exemplified in Aβ and IAPP. Indeed, amyloid with robust ordered β-sheet conformation resembles an armor, which to some extent traps and constrains cell dysfunctions while possessing a common protective role in different sites such as defensive biofilm in bacteria, antimicrobial peptide of IAPP and Aβ, and in our study, defending the body against immune attacks.

So, while the Spike Protein is inducing PATHOLOGICAL SYTEMIC AMYLOIDOSIS and AUTOIMMUNITY, the body is responding by Serum Amyloid P reacting with nuclear autoantigens and INHIBITING THE FORMATION OF PATHOGENIC AUTOANTIBODIES.

I am concerned that this creates a feedback loop where Autoimmunity and Amyloidosis both build upon and exacerbate each other.

Then, we must ask, what could be the end result of these two streams? Especially if they grow ever wider with each exposure to the Spike Protein? 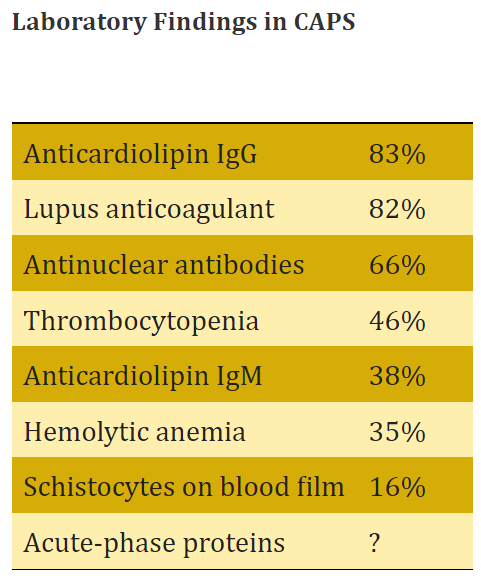 This goes back to my very early work on SARS-CoV-2, where, upon reviewing early autopsy reports I came to the conclusion that the ultimate fate of those who die from COVID-19 is Asherson’s Syndrome (Catastrophic Antiphospholipid Syndrome – CAPS).

Please read the Amyloids in Site-Specific Autoimmune Reactions and Inflammatory Responses paper. It is very important.